Sometimes, Things Are Not As They Seem

Sometimes, things are not as they seem. We received a call from a very distressed customer in great need of resolving an ongoing water issue. For months this customer believed the water in their basement was due to foundation issues. Fortunately, we were able to pinpoint the problem and resolve it. Sometimes water can be a tricky nuisance to track. In this case, our customer was noticing water in their basement and nowhere else. Immediately, they reached out to a foundation specialist. After several failed attempts at correcting the issue, they were referred to RJK. After eliminating all possibilities down below, we had no other choice but to look up. After a thorough attic inspection we were able to pin point the exact cause of the water in the basement. The Chimney flashing on the roof had failed. There was just enough space between the surrounding framing and drywall for the leaking water to pass right through to the basement. After Our Repair Technician replaced the failed flashing on the roof, the water issue was resolved. Sometimes, things are not always as they seem. 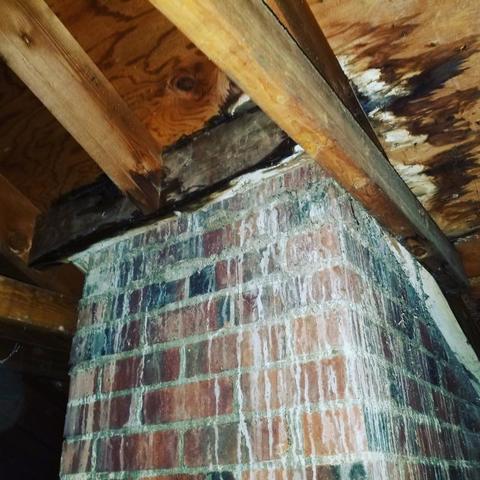 Back to Previous Page
Back to News & Events

We serve the following areas